Participate to a campaign 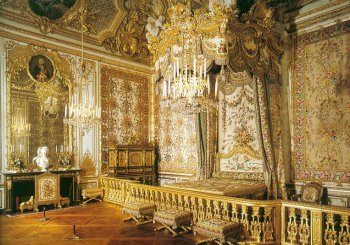 Created in 1907 and officially recognized as an "utilité publique" in 1913, la Société des Amis de Versailles aims to restore and enhance the palace, its surrounding park, and its collections with the utmost enthusiasm and sensitivity. It is based out of  the Northern “aile des ministres” wing of the palace, designed by Le Vau and Mansart.
The Société includes four levels of membesrship with according benefits: Adhérents, Sociétaires, Bienfaiteurs, and  the new Jeunes Amis (young friends) category for those from age 0-25.

Every current member is invited to participate in the annual General Assembly in order to approve the annual report of activities and finances and to elect the members of the Board to a 6-year term renewable (with elections of half the council every 3 years).

As of May 27,2020, The Board is composed of 23 members (see below). The council elects the President and Bureau members among its members, to a 3-year term. The Bureau guarantees the management of the association in accordance with the Board's directives.

The president, the officers, and the members of the board are all volunteers.

A dedicated group of volunteers actively participates in the daily operation and in the activities of la Société des Amis de Versailles. They are crucial to the success of the Society's missions and to its vibant community.